Sept 4th, 2018— Whidbey Island, WA: Congratulations to IndigenEYEZ co-founder Kelly Terbasket who was recently asked, and voted-in, to become the newest member of the Partners For Youth Empowerment board of directors!

The Partners For Youth Empowerment board retreat on Whidbey Island this past summer was revitalizing, inspiring, and deeply affirmed that IndigenEYEZ is part of the larger global network that utilize the methodologies of the Creative Empowerment Model.

Fostering trust and safety, this openly shared facilitation tool created by Partners For Youth Empowerment has the potential to breath life into the fabric of community, relationships, and organizations.

What is Partners For Youth Empowerment?

Started by Peggy Taylor and the late Charlie Murphy in 1996, the mission of Partners for Youth Empowerment is to unleash the power, purpose, and potential of young people worldwide.

Partners For Youth Empowerment offers training around the world to deepen the impact of youth programs, classrooms, workplaces and other group environments. Trainings take place in North America, as well as South Africa, Uganda, India, the UK, Brazil, Greece, and a growing number of locales around the world.

At the heart of these training’s is Partners For Youth Empowerment’s Creative Empowerment Model, a framework of arts empowerment practices and leading-edge group facilitation tools.

What is the Creative Empowerment Model?

By embracing positive risk-taking and free creative expression, youth and adults alike open up to new possibilities. With arts-based practices and leading-edge group facilitation strategies, the Creative Empowerment Model cultivates environments in which people can realize their potential.

Research shows that creative expression—in a supportive setting—nurtures qualities like empathy, teamwork, and problem solving, while also fostering joy, hope, and the desire for a meaningful life. Whether ongoing or temporary, Creative Communities change the lives of participants.

With the skills and motivation to engage, think big, and bridge differences, participants eagerly rise to the challenges of school, work, and society. The result is a better, more vibrant world for all of us.

What’s the connection to IndigenEYEZ?

Sometimes stories tell it best. Here’s the origin story that Kelly shared during the community keynote at Hollyhock in 2017:

“Almost 4 years ago I picked up a hitchhiker, a fellow Nation member. I had heard lots about Warren Hooley, this young inspirational hip hop artist. We became instant friends. He was raving about this training he had taken called Creative Facilitation with Partners For Youth Empowerment. I was amazed that something already existed that brought my two favorite things together into one – creativity and facilitation!! I was developing a curriculum on that very topic of expressing yourself through the arts, so I signed up for the 2-day training in Seattle, little knowing that my life was about to change forever.

Charlie Murphy and Partners For Youth Empowerment had me by the first coffee break. I fell in love. I could see immediately that these tools were exactly what was needed to address the barriers I’d been seeing in our communities. These were user friendly ways to rebuild our fragmented relationships. Fun and engaging methods for fostering self-expression, for creating safe space to talk about what really matters to us. For helping us move away from internalized oppression. I had been trying to develop holistic ways to decolonize our minds and here they were – already finely tuned and nicely packaged! It felt like a miracle. I knew instantly I had found the point of leverage that we needed for deep transformation.”

Together, these methodologies create a specific container for Indigenous learning that leads to individual and group empowerment through self-expression, pride, knowing one’s gifts, self-advocacy, and responsibility to community.

The Partners For Youth Empowerment Board is going through transition of new members and chair, implementing a new strategic plan after the huge loss of Co-founder and facilitation leader of Partners For Youth Empowerment, Charlie Murphy to ALS. Charlie Murphy, musician and youth mentor, died on August 6, 2016, aged 63; the evening of the last day of the 20th anniversary Power of Hope Camp on Whidbey Island. The staff from the camp was partying at a home in Langley, a few miles from Charlie house. As midnight approached they began to sing through all of the songs they had sung during the week. At midnight, as Charlie passed, they happened to be singing a song called, “Now I Walk in Beauty.”

A traditional Silyx story of fox and coyote demonstrates that change doesn’t happen overnight and stumbling is part of the transformation.

Coyote was watching Eagle one day. He saw Eagle soaring on up drafts near a high cliff at Ashnola. Eagle would swoop down, scream, and ride the drafts back up, really enjoying himself. Coyote watched and watched. Then he said to himself, “Those are my ways.” In this frame of mind, he climbed all the way up the cliff… all the while watching Eagle, and thinking to himself, “Those are my ways.” It was hard work but he was determined to get to the top. Finally, after climbing all day, he got to the top of the cliff. He walked to the edge and jumped off, intending to catch an updraft and soar. With his skinny arms and legs, however, he just plummeted down. He tried frantically to flap his arms and twirl his tail, but nothing helped him fly. He continued to plummet down the sheer cliff face. He became so afraid that he screamed and pooped all the way to the bottom, where he was splattered to pieces. A large white streak remains on that cliff to remind us of Coyote’s journey. Sometime later, Coyote’s brother, Fox, came along. Fox had heard that Coyote’s foolishness had caused his death again. Fox carefully gathered up all the bits and pieces of Coyote that he could find, a few hairs, a tooth, a piece of bone and so on. When Fox was satisfied that he had all the bits it was possible to find, he breathed into the assemblage, and then stepped over it four times. The pile then transformed itself into Coyote. Coyote sat up, rubbed his eyes, and chastised Fox for waking him up. Coyote said to Fox, “I must have dozed off for a few minutes, and then you’re waking me up!” Fox just shook his head, as Coyote carried on his way as if nothing had happened.

Such an apt metaphor for both individuals and organizations: the fall, the death, the challenge of coming back together in a brand new way, a better version than before. In many ways the Partners For Youth Empowerment story of re-generation parallel’s the IndigenEYEZ story.

Since it’s inception there has been a drive to get the IndigenEYEZ Model out as fast and far as possible, to all ages and all community’s. There is certainly shortcomings in this, as it is unsustainable in the long run, spreading the work thin.

IndigenEYEZ itself is regrouping with it’s own expansions and staff changes, redefining our focus, becoming crystal clear on our purpose, and what is our main offering is: To build capacity within Indigenous communities (not be 1 offs) and to create our future leaders who live in traditional values and remember the responsibilities past down to us from our anscestors. snux silyx. 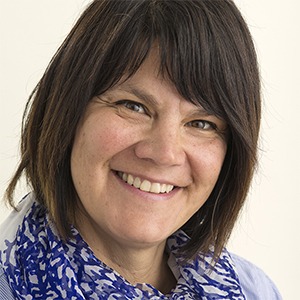