Oct 31, 2017— Agassiz, BC: ImagineNATION Youth Camp was an exciting partnership with our sister organization Power of Hope (POH).

ImagineNATION was held in August at the Sts’ailes Lhawathet Lalem (Sts’ailes Healing House) in Stó:lō territory where our hosts were the Sts’ailes First Nation. We were nestled in the forest right next to the beautiful Chehalis River where we were able to enjoy ceremonies and gatherings. 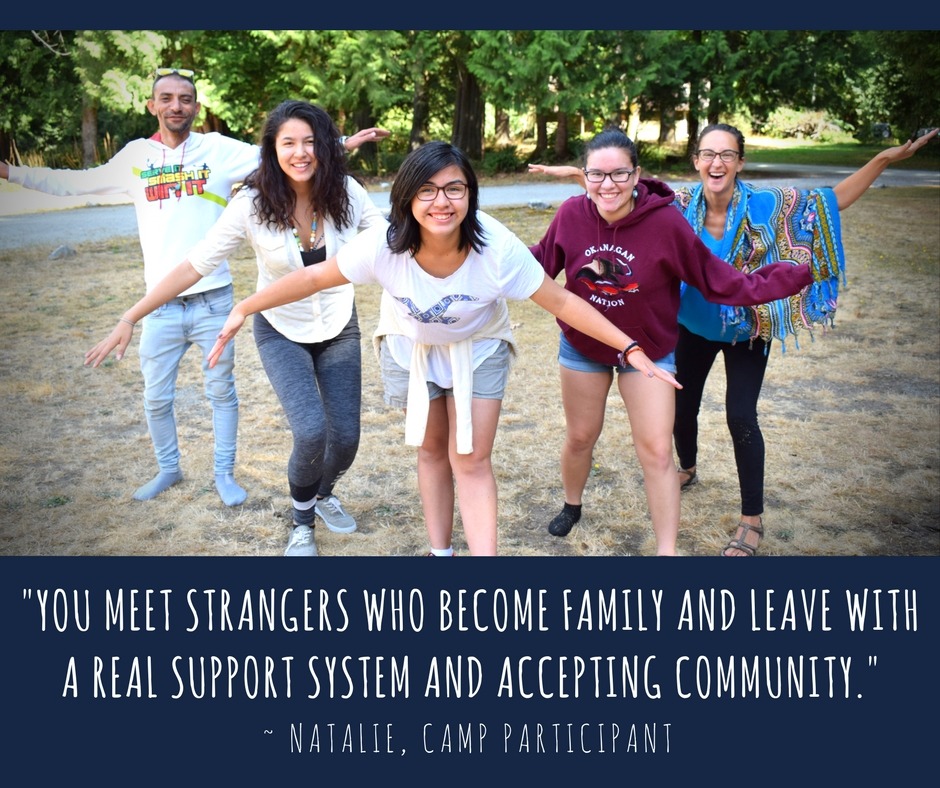 95% of youth felt that they had strengthened their connection to the land.

In keeping with Indigenous traditions, we tried to follow the protocols specific to the Sts’ailes people. Thankfully, our hosts were there to guide us. They said it is common for visitors to the Centre to do their own thing, so IndigenEYEZ was given the blessing to be flexible. That being said, we tried as much as possible to incorporate Sts’ailes traditional practices into all of our work.

This camp was smaller and more focused with about 20 youth in attendance, most of whom were return campers. This was also a fusion camp, with both Indigenous and non-Indigenous participants invited.

Throughout the week, youth took steps – both small and large – into parts of themselves that were previously hidden. They stepped into their voices – singing, making music, participating in dance, and even learning capoeira. The youth believed in themselves enough to try new things.

Two of the favorite events for both staff and participants were the youth-led day and open mic night. Both were opportunities to experience how much growth and sense of self the youth had gained over the week.

“I like when I started singing at the camp because it was my first time singing…I
love this camp.” -Dante James BigEagle

For 17-year-old Naiomi, ImagineNATION really worked. The setting and facilitator support resonated with her in a way that made a profound difference. She tried out hip hop dance and freestyle rap with grace (and a touch of surprise!). Her confident closing statement spoke to how the camp supported this future leader.

“This camp gave me a chance to try out facilitating for my first time and loved it! I can’t wait to continue learning and soon become a facilitator.” – Naiomi

A couple of the youth led an improvised traditional ceremony from the Okanagan where the remains of the salmon we had shared were brought back to the water as an offering with prayers and song. It was heartwarming to see these youth spontaneously initiate this ceremony and lead the group without hesitation. 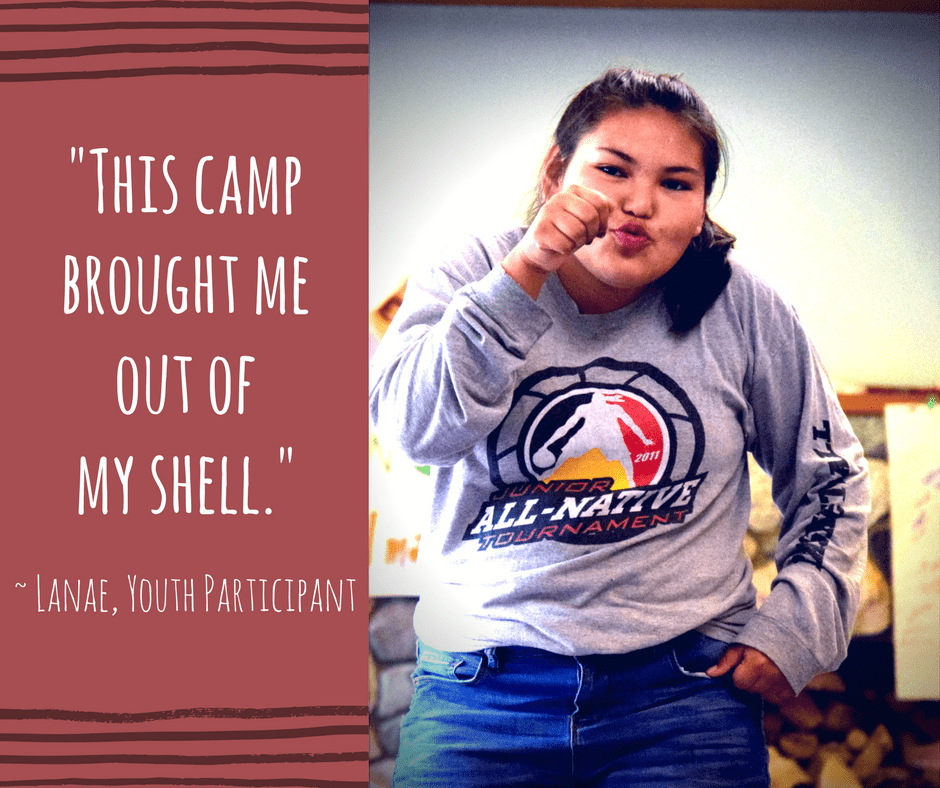 An important outcome was that several of the youth found the courage to let staff know that they need support and resources in their home situations. We were able to help set these up.

90% of participants became more comfortable expressing their thoughts and feelings.

This was our first time partnering with another organization for a summer camp and it came with some learning curves, but we’re excited to grow from what we experienced. Much like Senklip (Coyote), we learn from the mistakes and are transformed by the teachings that come from tripping and getting back up again – stronger than before and more ready than ever to have a positive impact on young lives.

95% of participants reported that they learned new skills for working together in community.